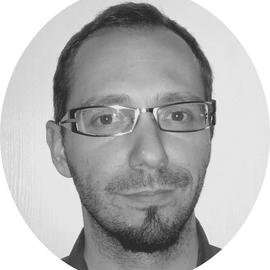 June 2019 Frontiers in Psychology
“Does it improve the mind’s eye?”: sensorimotor simulation in episodic event construction

Memories are not frozen in the past. Instead, they can be dynamically combined to allow individuals to adapt to the present or even imagine the future. This recombination, called event construction, also means that it might be possible to improve memory through specific interventions such as episodic specificity induction (ESI). ESI provides brief training in recollecting the details of a past event that boosts the retrieval of specific details in subsequent tasks if these tasks involve the recombination of memories. However, very little is known about how event construction is accomplished, and this is essential if we are (1) to understand how episodic memory might work and (2) to promote a specific mechanism that will help people remember the past better. The present study assesses the sensorimotor simulation hypothesis, which has been proposed within the embodied approaches to cognition. According to these approaches, access to and the recombination of memories occur through the simulation of the sensory and motor propreties of our past experiences. This hypothesis was tested using a sensory interference paradigm. In a first phase, the participants watched videos and then received a specificity or a control induction. In a second phase, they described their memories of the videos while simultaneously viewing an interfering stimulus (dynamic visual noise; DVN) or a gray control screen. In line with a sensorimotor simulation account, the presentation of a DVN during the description of the videos led to a decrease in the number of internal details (details specific to the event) only after the specificity induction rather than the control induction. The findings provide evidence that the specificity induction targets and facilitates the sensorimotor simulation mechanism, thus confirming the crucial involvement of a mechanism of this sort in the constructive functioning of memory.

Embodiment has highlighted the importance of sensory-motor components in cognition. Perception and memory are thus very tightly bound together, and episodic and semantic memories should rely on the same groundedmemory traces. Reduced perception should then directly reduce the ability to encode and retrieve an episodic memory, as in normal aging. Multimodal integration deficits, as in Alzheimer’s disease, should lead to more severe episodic memory impairment. The present study introduces a new memory test developed to take into account these assumptions. The SEMEP (SEMantic-Episodic) memory test proposes to assess conjointly semantic and episodic knowledge across multiple tasks: semantic matching, naming, free recall, and recognition. The performance of young adults is compared to healthy elderly adults (HE), patients with Alzheimer’s disease (AD), and patients with semantic dementia (SD). The results show specific patterns of performance between the groups. HE commit memory errors only for presented but not to be remembered items. AD patients present the worst episodic memory performance associated with intrusion errors (recall or recognition of items never presented). They were the only group to not benefit from a visual isolation (addition of a yellow background), a method known to increase the distinctiveness of the memory traces. Finally, SD patients suffer from the most severe semantic impairment. To conclude, confusion errors are common across all the elderly groups, whereas AD was the only group to exhibit regular intrusion errors and SD patients to show severe semantic impairment.

DOI
Joubert, S.
June 2016
Alzheimer’s disease and memory strength: Gradual decline of memory traces as a function of their strength

Objective: Episodic memory impairment is at the core of amnestic mild cognitive impair- ment (aMCI) and Alzheimer’s disease (AD). The origin of memory deficits may result either from an encoding deficit or from an accelerated decline of the memory trace.

Embodiment is revolutionizing the way we consider cognition by incorporating the influence of our body and of the current context within cognitive processing. A growing number of studies which support this view of cognition in young adults stands in stark contrast with the lack of evidence in favor of this view in the field of normal aging and neurocognitive disorders.

(2021). The retrospective and present judgment of the passage of time in the elderly. Timing & Time Perception.

(2020). Executive deficits in schizophrenia: Mediation by processing speed and its relationships with aging. Psychological Medicine.